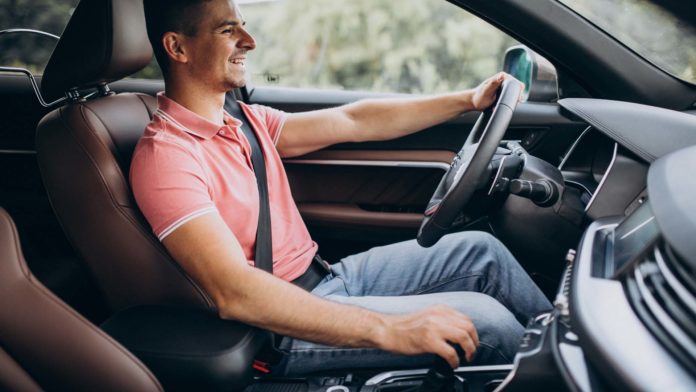 If you’re a manual driver, you have full control over your car’s lifespan.

And let’s admit it, many of us are guilty of many driving habits like resting our hand on the gearshift, ignoring warning lights on the dashboard, and not warming the car up in the winter.

All these habits put unnecessary strain on our cars, make them more vulnerable to breaking down, and drive the value of your car downhill.

Here are the most common of these habits…

Read on, and discover which of them you are guilty of…

Leaving it in Gear While Waiting at a Red Light

We’ve all done it.

But some of us are more guilty of this than others.

We use the clutch and brakes to keep the car running so we won’t have to take our car off gear… that’s a huge red line you don’t want to cross when you drive a manual car that puts it in strain and wears out your transmission system.

Keep in mind you have to leave your car on neutral when you come to a stop and spare your clutch unnecessary strain.

Plus, it doesn’t take much of your time to put the car off gear and back in gear as the light changes to green – probably less than the time you’re going to spend taking it to the mechanic to fix the problems it’s probably going to cause.

Leaving Your Hand on the Gearstick as You Drive

Many of us are guilty of this…

What makes this so appealing is that it just leaves the driver feeling more confident and gives you faster response time when you want to change between gears.

But you probably don’t care about what happens in your manual the gearbox as you do this.

Here’s what happens in a nutshell…

When you change gears, something called a selector fork that’s located in the gearbox connects to rotating parts to put the gear you choose in motion.

And keeping your hand on the gearstick will apply pressure on this fork and gearbox mechanisms.

All you have to do is remove your hand from the gearstick when you change gears and put it back on the wheel.

P.S: that’s one of the reasons your instructor tells you to keep your hands on the steering wheel at all times unless you need to change gear.

Another popular one, but this is why the brakes are there in the first place…

Doing this is one of the worst things you can do to your transmission and clutch… that’s because the friction that happens will eat through the friction material on your clutch disc.

This will also damage your clutch greatly with time and will result in a bad clutch that doesn’t grip easily.

It’s definitely the wrong thing to do… rely on your brakes.

Leaving Your Foot Slightly on the Clutch

Quite similar to the previous issue…

Many drivers leave a foot resting on the clutch just because they are tempted to shift between gears faster. This will cause the clutch bearing to be in constant contact with its clutch cover, creating friction that will also strain the system, and over time this will make your clutch release noises and malfunction.

This also reduces fuel efficiency and you’ll find yourself using the gas pedal more aggressively for less speed and torque.

You don’t want to see the bill on repairing that issue. So, keep your foot far away from the clutch unless you want to shift gears.

If you don’t know what Coasting is, it is a technique drivers use to save fuel, where they leave the car on neutral and let it roll on its own weight downhill or its own speed until it stops eventually at a red light or anything of the sort.

You might be doing it to save fuel without noticing.

It is a valid technique, it’s true, but not in modern cars.

That’s because the fuel system in these cars does not give you the same amount of energy when you’re coasting. So, it’s no longer an option if you’re driving a modern car.

It’s also not safe when you don’t have full control over your car in case something sudden happens and you can’t avoid an accident if you need to accelerate suddenly.

Mohamad Omary is the Managing Director of Car Wise. Car Wise is a car buying company that has established itself as the go-to partner for those who want to quickly sell their used cars in the UAE; reaching 20,000 satisfied customers with their easy car selling process and excellent customer service.

If you’re interested in finding out more about the most convenient way to sell a car in Dubai, visit CarWise.

How to Increase Weight in a Healthy Way